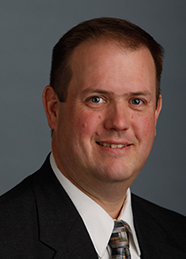 Partner Jim Barton a leading election lawyer in the State of Arizona. He has been the counsel of record on numerous important election law cases, including Arizona Free Enterprise v. Bennett, 131 S.Ct. 2806 (2011), before the United States Supreme Court. Barton was the lead attorney defending Proposition 127 against an onslaught of attacks culminating in a five-day trial and over 1000 subpoenaed trial witnesses. Ultimately, TLG successfully defended Proposition 127 at trial and before review by the Arizona Supreme Court.

In 2016, he successfully defended Arizonans for Fair Wages and Healthy Families (Comm. No. 2016-00474) against legal challenges to the initiative to raise Arizona’s minimum wage. The first was an attack on the registration of signature gatherers, Hitzeman v. Reagan, Case No. CV-16-0204-AP/EL (Ariz. Aug. 30, 2016). The second was an effort to invalidate the measure under the Single Subject, Separate Amendment, and Revenue Source provisions of the Arizona Constitution, Ariz. Chamber of Comm. & Indus. V. Kiley, Case No. CV-16-0314-SA (Ariz. Mar. 14, 2017).

Prior to the 2016 election cycle, TLG provided legal advice to the Protect Your Right to Vote Committee on referring HB 2305 to the voters. This advice covered matters such as signature collection and anticipating challenges to the measure’s position on the ballot. Importantly, the referendum’s position on the ballot was never challenged in court. Barton also successfully challenged a biased description of the Quality Education & Jobs Act proposed by the Arizona Legislative Council and defended the superior court decision before the Arizona Supreme Court. Tobin v. Rea, 231 Ariz. 189 (2013).

Before serving the state, Barton worked as an associate at the Phoenix law firm Perkins Coie Brown and Bain, focusing on political and construction law. While there, Barton successfully defended both candidates and initiative committees against challenges to their positions on the ballot. Early in his career, he clerked for Arizona Supreme Court Chief Justice Ruth McGregor and worked in Phoenix’s federal public defender’s office.

Early in his career, Barton clerked for Arizona Chief Justice Ruth McGregor. He earned his Juris Doctor from Arizona State University and his Bachelor of Arts in physics and philosophy from Northwestern University. Barton also served as a Submarine Warfare Office on board U.S.S. Billfish (SSN 676) and was qualified as a Senior Reactor Operator by the Nuclear Regulatory Commission.

On a personal note, Jim and his wife, Pat, have two adult children – James and Kate. Jim is a member of Chalice Christian Church and enjoys talking politics and theology, watching Kevin Smith movies and travelling.