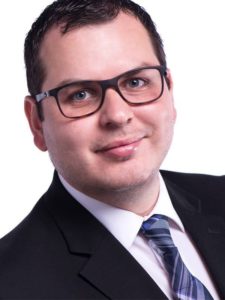 Mark Cardenas, Legislative Affairs Specialist, represents clients at the local, state, and national level and assists them in building productive relationships that further their missions. As a former member of the Arizona House of Representatives and an active member of the community, Mark has a solid track record of working with leaders and stakeholders to support policies that protect Arizona’s most vulnerable residents, prioritize public safety, uphold the integrity of the criminal justice system, and protect the environment.

Mark grew up in Phoenix and is a graduate of Washington High School. Upon graduation, he enlisted in the United States Army serving eight years as a Military Policeman. Mark was deployed to Iraq where he earned an Army Commendation Medal, Army Achievement Medal, and Combat Action Badge.

When he returned to civilian life, he studied International Relations at the University of Southern California and began working on political campaigns. In 2012, Mark was elected to the Arizona House of Representatives (LD 19) and served through 2019.  During his time at the Legislature, he worked with Republicans and Democrats to expand AHCCCS coverage, pass legislation that protected homeowners from theft, and preserve $50 million in public safety funding for the City of Phoenix. He worked with local school districts to address child neglect and abuse, fought for services for people experiencing homelessness, secured funding to hire additional public defenders, and championed the effort to clean up polluted groundwater in South Phoenix.

Mark is committed to improving his community. He serves as a board member of HECHO where he works on conservation issues, and is a member of the Estrella Village Planning Committee. He’s also passionate about veterans’ issues and is an active member of VFW Post 6310.

On a personal note, Mark loves Phoenix and wants everyone to feel as proud of his city as he feels every day. He enjoys spending time with his fiancée Lynn and dog Osito.