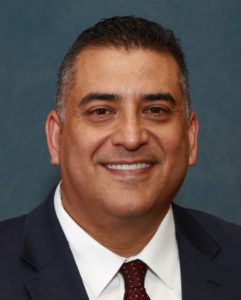 Israel G. Torres is the Managing Partner of Torres Consulting & Law Group headquartered in Tempe, Arizona. Founded in 2006, the firm is a premier political consulting and law firm providing unique and integrated expertise in government relations, labor law, and campaign finance and election law. Mr. Torres represents clients in legal, regulatory and contractual matters, as well as lays the strategic and government-relations groundwork for the firm’s clients. Under his guidance, the firm has built national relationships among government, labor, private industry, and social service sectors to champion policies that improve the lives of all Arizonans. The firm is recognized as a one-stop shop for legal and political matters, and has been recognized by Phoenix Business Journal as one of Arizona’s Best Places to Work in 2011, 2015, 2017, and 2018.

Mr. Torres previously served as a member of Governor Janet Napolitano’s cabinet as the Director of the Arizona Registrar of Contractors (ROC). As the regulatory authority of Arizona’s booming construction industry from 2003 to 2006, Mr. Torres won wide recognition as a fair and respected regulator. He reformed the ROC’s mission and brought innovation and service enhancements to the state’s 52,000 licensed contractors while developing nationally recognized initiatives to protect homeowners and vulnerable seniors statewide.

Prior to working for the State of Arizona, Mr. Torres served as Chief of Staff for then City of Phoenix Councilman Greg Stanton, and as a Zoning Adjustment Hearing Officer.

In 2006, Mr. Torres won the Arizona Democratic Primary and was elected as the Democratic nominee for Arizona’s second highest constitutional office – Arizona Secretary of State.

Mr. Torres has been recognized by civic groups, publications, and professional organizations for his commitment to the community. He was named the Arizona Hispanic Chamber of Commerce 2013 Entrepreneur of the Year and also recognized by the chamber as its 2006 Man of the Year. Arizona State University’s College of Liberal Arts and Sciences named Mr. Torres to the CLAS Leaders program, which recognizes distinguished alumni who have brought honor to the university and the college through their personal successes in business, research and community service. Mr. Torres’ other accolades include Phoenix Business Journal 40 Under 40 leaders, Southern Arizona Homebuilders Public Official of the Year 2005 and 2006, U.S. Department of Commerce Minority Business Development Center Service Firm of the Year, and Area Agency on Aging’s Caring Spirit Award of Excellence. He was a member of Valley Leadership’s Class XXI and Arizona Town Hall in 2007.

Mr. Torres currently serves on the Greater Phoenix Economic Council’s Board of Directors. He has served on the boards of directors for the Children’s Action Alliance and Arizona Consumers Council, and was president of the National Association of State Contractor Licensing Agencies. He also has provided his time and leadership to Friendly House and coaching for Tempe Little League. Mr. Torres has served as an Adjunct Professor in the Maricopa Community College System and is a frequent speaker at seminars and conferences nationwide.

Mr. Torres is a member of the state and federal Bar. He attained a Juris Doctor from the University of New Mexico School of Law and a Bachelor of Arts in Political Science from Arizona State University College of Liberal Arts and Sciences.

On a personal note, Israel spends most of his time with his two children. He cheers on his hometown Arizona Cardinals, but is a life-long Chargers fan. He is still hoping the Bolts will win a Super Bowl within his lifetime! Israel is also an avid outdoorsman–whether it be mountain biking, hiking, boating, kayaking, skiing, camping, hunting, geocaching, or riding his Polaris, he will likely be enjoying the Arizona outdoors!